The University of Maine was mentioned in a Portland Press Herald article that listed some of the positive actions and events related to sustainability that took place in Maine during 2017. The National Oceanic and Atmospheric Administration allocated a grant of $908,015 for research into sustainable processing of aquacultured seaweed and development of new value-added […]

The Associated Press reported University of Maine student Hillary Morin Peterson discovered a new species of wasp. The Maine Department of Agriculture, Conservation and Forestry said Peterson discovered the species, which doesn’t sting, while conducting work for her thesis. The Brunswick resident named the wasp Ormocerus dirigoius, in tribute to Maine’s motto, “Dirigo,” which means “I […] 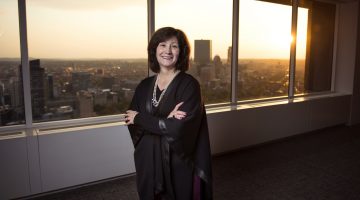 BY ERIN MILLER Jean George didn’t know exactly what her career path would be when she enrolled at the University of Maine as an undergraduate, but she knew her passion — science. “It just enthralled me to study any of the life sciences. I always knew I was going to do something in the sciences. […] 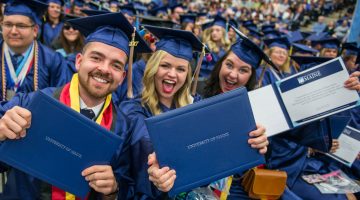 For the second consecutive year, the University of Maine graduated one of the largest classes in its history — more than 1,900 students — during the 215th Commencement on May 13 in Harold Alfond Sports Arena on campus. The event, held in two ceremonies, included the conferral of 33 doctoral degrees and two honorary doctorates […]

Phi Kappa Phi, the nation’s oldest and most selective multidisciplinary collegiate honor society which was founded at the University of Maine, will celebrate its 120th anniversary during its annual induction ceremony April 4. The top 10 percent of senior undergraduate and graduate students, and top 7.5 percent of juniors were invited to join the society. […] 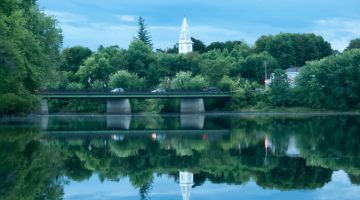 Maine entrepreneurs Heather and Abe Furth will be the Commencement speakers for the University of Maine’s graduation ceremonies on May 13. UMaine’s 215th Commencement will feature morning and afternoon ceremonies starting at 9:30 and 2:30. The Furths will address both ceremonies. The Orono couple met at UMaine in 1999 when Heather was studying biology and […] 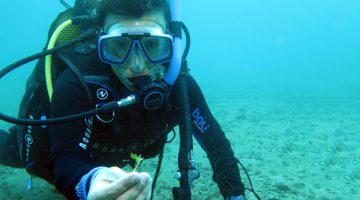 Distinguished University of Maine alumna Ester Serrão is one of 11 U.S. and international marine scientists named by the Pew Charitable Trusts as 2017 Pew Marine Fellows to “seek solutions to the problems affecting the world’s oceans.” As a marine fellow, Serrão will identify hot spots of genetic diversity in populations of kelp and other […]

Cassie Vaillancourt ’12 (MBA) is using her business degree in the forest products industry. Vaillancourt, who earned a bachelor’s degree in forestry from the University of Maine in 2010, works as an operations planner in the supply chain department at Sappi North America in Skowhegan. “I am responsible for planning production of the mill’s three […] 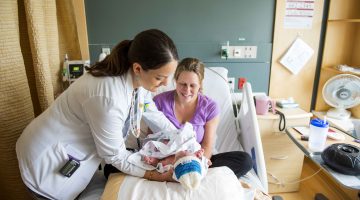 Read transcript The innovative Maine Track Program, a partnership between Maine Medical Center and the Tufts University School of Medicine, is building a pipeline of physicians with skills in rural Maine medicine. Learn about the program and hear from University of Maine graduates India Stewart and Kim Dao about their experiences in medical school and […] 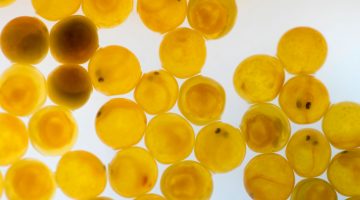 It’s a mystery that has puzzled University of Maine assistant professor of marine biology and aquaculture Heather Hamlin and the salmon farming industry in New England: the decline in egg survival. The survival rate of fertilized salmon eggs had been as high as 80 percent. But beginning in 2000, salmon embryos began dying in large […]